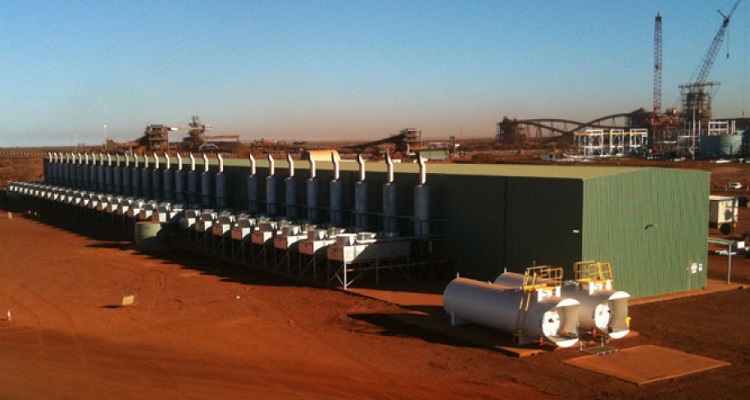 Contract Power Group tiene sus orígenes en Australia Occidental, donde se ha vuelto pionera en el sector de equipos de generación de energía. Since the 1990s the company has been providing remote on-site servicing and 24-hour call-out to mining sites throughout the state. In the last 20 years it has grown to become an international organisation with customers around the world. For many years Contract Power has been designing and delivering power plant solutions to its international clients through its 'Build Own Operate' philosophy. In the course of this work, it has come to recognise the benefits of STAMFORD alternators, and has them installed as key components of the power generation equipment at plants in three major Western Australian mining sites.

The latest of the three Western Australian mining projects is Christmas Creek, owned and operated by the Fortescue Metals Group. Situated in the state's Pilbara region, the iron ore mine has a 58 MW prime power requirement, making it the largest of the three sites, and uses 28 high voltage STAMFORD P80 alternators. These alternators each have a 2,500 kVA output and bar wound technology.

Contract Power had already installed eight STAMFORD P80 units for the 12 MW power plant it built for to the Savannah mine in the East Kimberly region of the state in 2004. Then in 2007, Contract Power supplied 22 STAMFORD P80 alternators to help meet the 44 MW power requirement at the Cloudbreak iron ore mine, just 50 km east of the Christmas Creek site.

Contract Power Group has been an advocate of STAMFORD products for over 23 years. When the P80 became available in the early 2000s with 11 KV 2.5 MW and higher output ratings, we considered and then utilised these for a project in the Kimberley. These alternators have now been in service since 2004 and we have had very little trouble with them. Based on this experience, we have since purchased and utilised a further 52 units in two power stations in the harsh North West.

'An iron ore mining environment is one of the harshest environments for any machinery to be operating in' Leon Hodges, Director, Contract Power. The two earlier sites had seen MTU generator sets equipped with STAMFORD alternators. At the Christmas Creek site, the alternators were paired for the first time with Cummins QSK78†electronically programmable engines and a control system in the site's hot, dry and dusty environment.

The striking feature of the STAMFORD alternators supplied for the sites by Cummins Generator Technologies has been their reliability. At all three of these high-profile installations, STAMFORD units have been put through their paces and have proven to be reliable over years of operation.