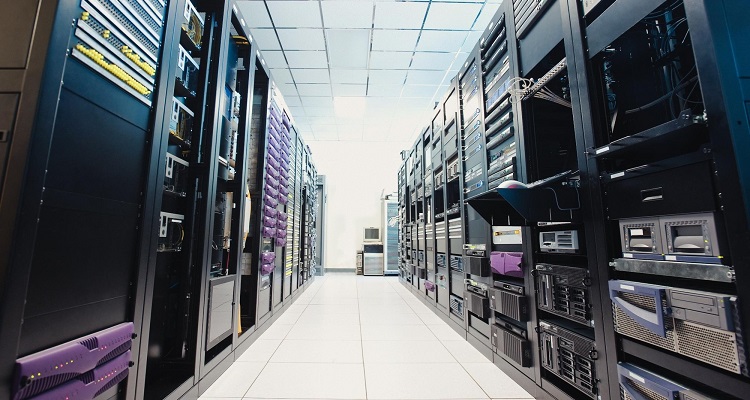 The demand for Data Centres

In today's culture, each of us carries some sort of electronic device. Whether it is a smart phone, music player, tablet or laptop computer, at some point the device is connecting to the internet. There are applications on these devices that require data that is stored remotely, which means somewhere there is a data center holding some of this data.

These data centres have become commonplace, but are often invisible. Data centres can be in remote locations, such as the countryside of North Carolina; industrial parks in Nebraska; and even inside historic buildings in Downtown Chicago.

The nature of the data centre demands a reliable and constant supply of power. Data centres can contain hundreds or thousands of computer storage devices, and in order to be always available to the portable devices around the world, they must be always on. Additionally, these computers and data storage devices require climate control for reliable operation, which means the facilities in which they are housed, must have air conditioning and ventilation systems. Due to the value of the information being stored, emergency systems such as fire suppression, as well as communication and security systems are also required, and all systems must be reliable and always on.

In order to quantify the level of reliability to their customers, the data centre operators will often design their facility to meet Uptime Institute guidelines, as this has become a standard in the data centre industry.

The Uptime Institute defines four levels of certification, ranging from a basic infrastructure with no redundancies, to a fault tolerant site infrastructure. Ultimately, the four tier levels translate to site availability (with respect to the data) of 99.671% for Tier 1, up to 99.995% with Tier IV. This translates to down time rates of 28.8 hours/year down to 24 minutes/year respectively.

There are two varieties of data centers: Dedicated facilities for business support such as banking, or international trade, which will likely be Tier III or Tier IV level; and internal space facilities which occupy a local office space, or dedicated floors within a facility. The latter could be any Tier level depending on the specific need.

In order to satisfy these Tier level operational requirements, in addition to the utility power, the data centre must have backup power in the form of generator sets. The number of generator sets will depend both on the Tier level to be achieved, as well as the load demand of the data centre for all necessary systems, the physical space availability for the gensets, and the electrical architecture desired.

Electrical architecture in the Tier IV (fault tolerant) data centre will provide multiple distribution paths to the electrical systems, for the servers, as well as the facility loads. This will provide the ability to operate even if one backup source (generator set) has failed, or is off line for scheduled servicing.

Depending on the business model for the data centre, the gensets may operate as individual units, with each set providing power to a module of servers, or they may be connected in parallel, thereby allowing for redundancy, and supply variation according to the demand.

Some of the primary data holders in the world do not necessarily rely on the Tier IV compliant data centre, but instead offer uninterrupted data availability through use of mirrored servers, where the same data is stored in more than one physical location, so a power outage at a single facility would likely not be noticed by the data customer.

However, when data security is a concern, and uptime is business critical (revenue loss due to downtime is high), the Tier IV certified data centre is likely the preferable choice.

The manner in which the alternator provides the power also varies depending on the system design. Some applications use various voltage ranges from the alternator, stepping the voltage down through transformers, and then rectifiers to provide the end power demand according to the equipment. Others leverage the alternator line to neutral voltage directly, with a balanced load being applied by a module of servers, thereby eliminating the losses which transformers impose.

The nature of the computer server load drives certain characteristics of the alternator that can result in over sizing in order to operate reliably, and in a controllable fashion. For example, the capacitive load of a server can push the operating limits of the alternator, so clear understanding of the load demands is required when selecting the alternator to be applied.

Facility loads for lighting, climate control, telecommunications, and security systems are more conventional, and often are supported through dedicated gensets sized for purpose.

Facility design may incorporate room for expansion, and space claim considerations will also be required for additional backup power capacity.

In addition, uninterruptable power supplies (UPS) are used to bridge the gap between utility failure, and backup power coming on line. This switchover can occur in less than ten seconds, but may be extended depending on site operating requirements.

As an alternator manufacturer, we have an interest in this industry. Ultimately, data is power, and storing and transmitting data requires power.