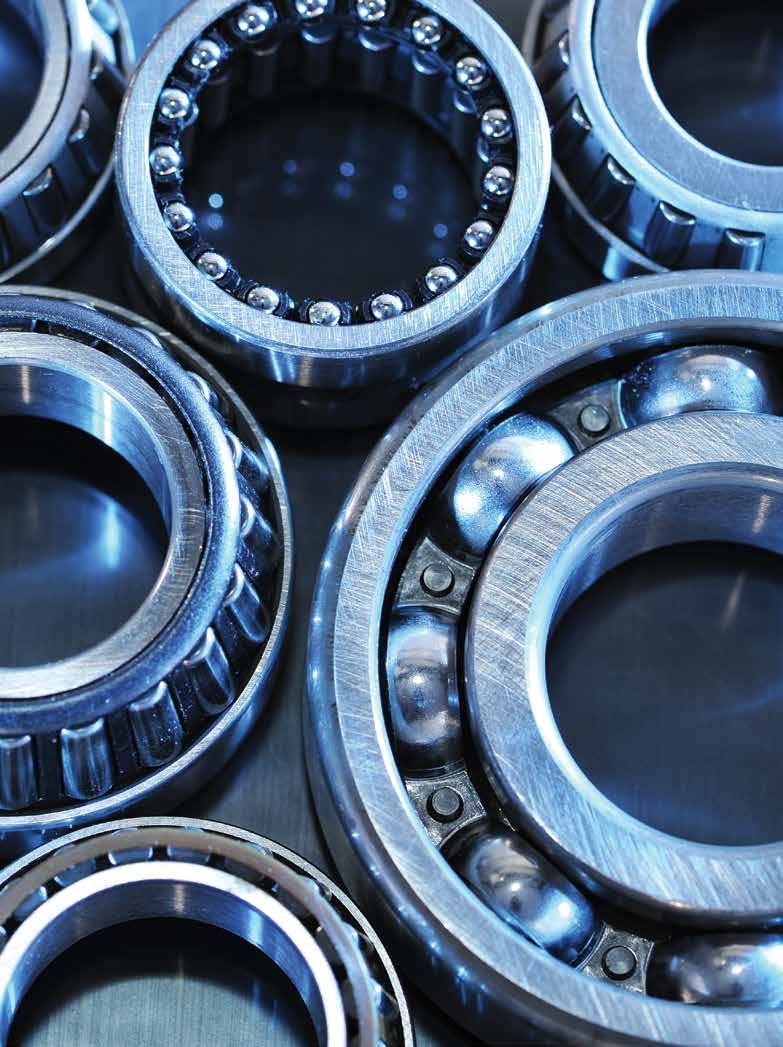 One of the most important components of the alternator, is the shaft bearings

Cummins Generator Technologies has a proven track record of manufacturing and supplying superior alternators for numerous applications in a variety of environments. The company constantly strives to improve many aspects of the design, and in particular, the life of the products and their constituent components, in order to meet our customers' continually evolving requirements.

One of the most important components of the alternator, is the shaft bearings. It is responsible for facilitating the location and rotation of the rotor within the stator, and because of this, it is considered to be a critical component, whose functional behaviour must be clearly understood. Of primary importance is the life of the bearing and the factors that affect it. This article reviews some of the major factors that Cummins Generator Technologies take into account when considering the bearing life of grease lubricated rolling element bearings.

The applications that STAMFORD and AvK alternators go into, can be broadly classified into two main categories, industrial and marine. Depending on the type of application and its environment, the bearings could be subjected to different types of loads, vibrations, contamination etc. that would affect the life of the bearings.

To accommodate these variations in operating parameters, several types of rolling element bearings are offered:-

There are many factors that impact bearing life, but the major ones are:-

1. Load on the bearing

2. Type and quantity of grease in the bearing arrangement

3. Type, quantity and size of contamination in the bearing 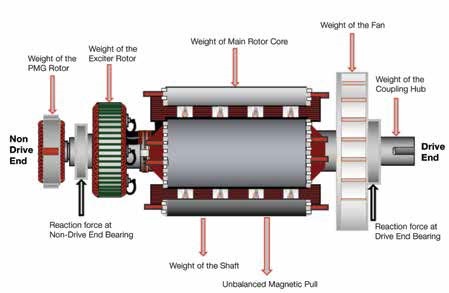 Cummins Generator Technologies uses ISO 281:2007(E) (Rolling Bearings - Dynamic load ratings and rating life) to take into account, load, and contamination and grease condition when determining bearing life. In order to gain some insight into the nature of these three factors, the following brief review is given:-

When determining bearing life, the applied static and dynamic loads that the alternator bearings might have to sustain whilst in service, are taken into account. The two types of load are briefly explained below.

These loads are due to the mass of the Rotor being accelerated by non-gravitational forces. The dynamic loads experienced by the rotor can be generated from within the Alternator e.g. out-of-balance Rotor, or from sources that depend upon the type of application / environment.

In typical marine applications the general environment is in motion, thus the alternator is subjected to accelerating forces associated with both the dynamic environment and the generating sets vibratory motion. Alternators sold into marine applications must be able to accommodate certain specific ship motions as specified by the various marine authorities (Lloyds: ABS: DNV etc.). These motions will generate dynamic bearing loads which must be accounted for when determining bearing life. 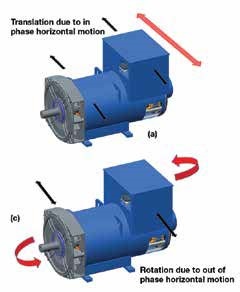 Marine authorities typically specify a certain set of angles for both static and dynamic inclinations that the alternator must accommodate. The American Bureau of Shipping states certain angles of inclinations for emergency power installations on vessels which are depicted in figure 3. 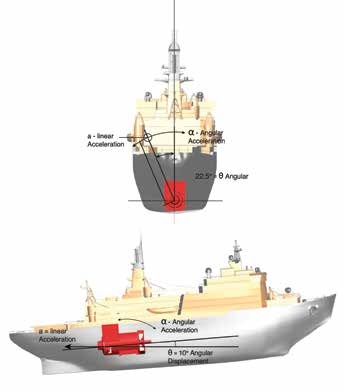 When rolling element bearings are running under normal operating conditions, the distance between the moving and stationary parts inside the bearing, is extremely small. Any ingress of particulate contamination (small solid particles) into these small spaces from either the environment or from metallic wear inside the bearing, can result in permanent indentations (degradation of metallic surface) on the raceways, which in turn may lead to local stress raisers and metal fatigue. The particles can also cause damage to the rolling elements and cage if they get embedded in the cage pockets. Generally, contamination will decrease the bearing's useful operating life.

Another type of contamination is ingress of water. If water enters the bearing it can degrade the lubrication properties of the lubricant in the bearing and it can also cause corrosion of the metal surfaces. Both of these effects will result in reduced useful bearing life.

Grease is used to lubricate rolling element bearings. The type of grease used in a particular bearing is dependent upon many factors such as, type of bearing, rotational speed, environmental conditions, bearing load and application requirements etc. The oil in the grease forms a thin film between the bearing rolling elements, raceways and cage to reduce the frequency of metal to metal contact and hence increase the life of the bearing. A secondary function of grease is to dissipate heat generated inside the bearing. If heat is not removed from the bearing it may suffer thermal runaway, leading to premature bearing failure.

Another important aspect when it comes to grease, is the quantity of grease that a bearing requires. Too much grease can disrupt heat dissipation leading to high operating temperatures. The rolling elements (balls or rollers) begin to churn the grease which mechanically overworks the grease and breaks it down structurally. This then leads to inadequate lubrication of the bearing and premature bearing failure. 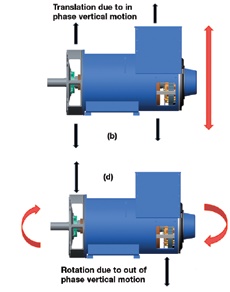 All greases have a life expectancy. This life expectancy is influenced by temperature, speed, load, bearing arrangement and environmental conditions. Bearings operating at higher temperatures oxidize the lubricant quicker, which results in a reduced grease life, hence there is a need to carry out more frequent re-lubrication. Bearings that are used in applications where the environment is heavily contaminated (mining applications and marine) will require more frequent re-lubrication.