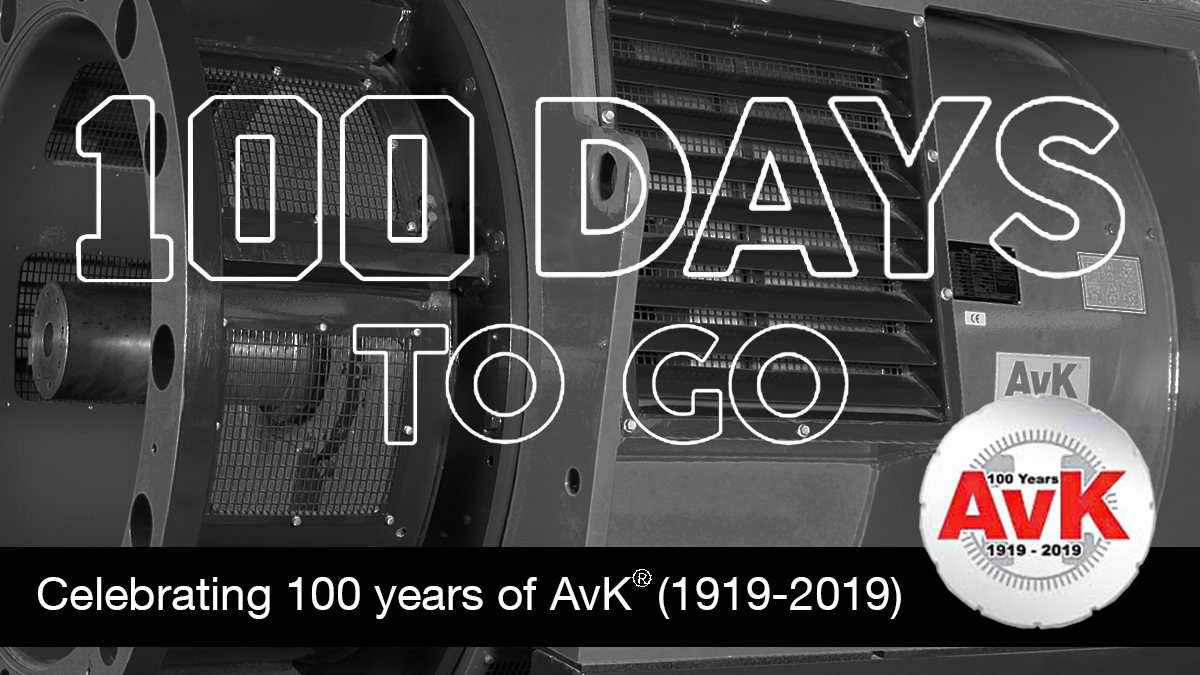 This year we are counting down 100 days to our celebration of 100 years of AvK®, which has seen the brand expand from small operations in Frankfurt and Ingolstadt to a global delivery process with businesses around the world.

The AvK® business began in 1919, a trading enterprise for electrical machines, named after its founder, Mr Arthur van Kaick. AvK® grew quickly during the 1920s and 1930s with the development of special electrical windings to solve the problems of power generation and transmissions across the Germany region.

By the 1930s, it had diversified from electrical engineering to full-blown alternator production, with AvK®innovating the world’s first self-regulating alternator in 1938, forever changing how the world saw the technology.

The spirit of innovation continued to define AvK® which successfully patented and began producing self-regulating alternator inventions, while ingenuity was also seen in the rotating field alternator series introduced by the UK counterpart in the same decade – itself another world first.

With its German heritage from Frankfurt to Ingolstadt, the AvK® business was then established in 1999 in Craiova, Romania which is the sole manufacturing facility for this brand of alternators. Under full ownership of Cummins Generator Technologies, the Craiova facility has benefited from €30 million of investment, including €12 million since 2013 for capacity expansion. The site currently employs over 700 people and has shipped more than 8,000 alternators in the past 15 years.

In 2016 the AvK® brand achieved another world’s first by becoming the first alternator manufacturing company to receive UL certification for all voltage ranges.

STAMFORD® l AvK® represents the fusion of two of history’s most renowned innovators in alternators and electrical engineering – AvK® and Stamford Electrical. The two companies may have begun under different directives – UK based Stamford Electrical, as it would become known before becoming Newage, founded by the Cutting Brothers in its namesake town in 1904 and AvK®, yet their formative years soon established that their paths ran parallel.

With six manufacturing plants in the STAMFORD® l AvK® global manufacturing network, AvK® products are only manufactured at their Romanian plant in Craiova, which has become a global engineering and manufacturing center of excellence for large alternators following investment in advanced processes and testing facilities, ensuring all products meet the highest standards demanded by customers.

As a leader in the industry and completing its first 100 years of its AvK® business the company will continue to innovate and differentiate itself from its competitors entering the next 100 years, providing their customers tomorrows power solutions today!